Africa50 to Support the Development of Africa’s Natural Gas for Clean Power, Industries and Households 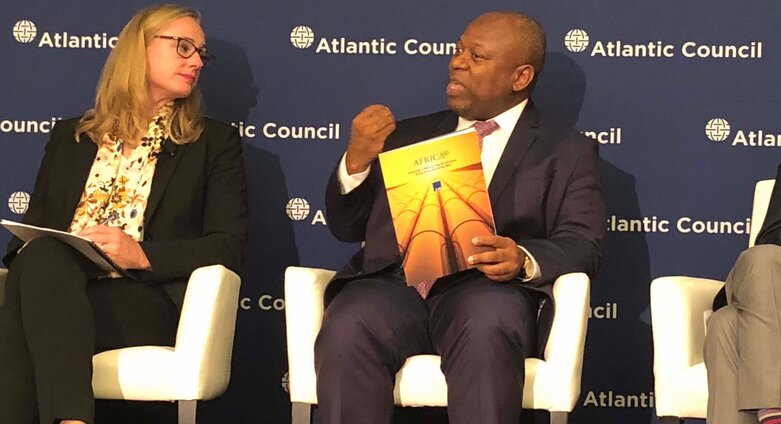 Speaking at an Atlantic Council conference on the margins of the UN General Assembly, Mr. Ebobissé, said “We at Africa50 are ready to take a leadership role in developing Africa’s gas resources to help the continent reach its full economic potential. This report provides us and other stakeholders the background and analysis to move forward expeditiously,” emphasizes CEO Ebobisse.

Africa50, has been investing in solar and thermal power projects in Nigeria, Egypt, and Senegal. Recognizing the disconnect between Africa’s vast natural gas reserves (7.5% of known global reserves) and the continent’s low levels of gas infrastructure, and the resulting low penetration of gas in African economies, Africa50 commissioned a report from Energy Futures Initiative (EFI) to analyze the opportunities and benefits of natural gas development in Africa. The report explores the scale of potential domestic demand by mid-century, and the technologies that can help increase this demand and the concomitant supply and infrastructure.

With over half of Africans still lacking access to electricity, using natural gas as a power source is particularly important. Gas is also a feedstock for a large range of industrial products and can help speed up Africa’s much-needed industrialization. And, for a continent particularly at risk from climate change, natural gas is a clean fuel that will help African countries meet their COP commitments.

As highlighted in the report, gas already fires a quarter of all  power plants in Africa and is the single largest source of installed capacity (86 GW). However, most gas power plants are limited to coastal areas in countries with large proven reserves, so midstream infrastructure, from pipelines to LNG facilities, are urgently needed.

Equally important, both for the continent’s development and to build the necessary demand to attract investment, are gas byproducts such as liquified petroleum gas (LPG) and ethane, that can be used for cooking, heating, power, and industry. LPG can help replace biomass as a cooking fuel, with health and environmental benefits such as lower carbon emissions and less deforestation. And ethane can be used as a feedstock for power generation and petrochemical production, including ethylene, a precursor for plastics. In addition, gas is a key ingredient for fertilizer, which is much needed on a continent that remains largely agricultural.

The technology to increase gas production and distribution and its industrial uses is at hand. What has been missing are investment-ready projects and financing. Africa50, an expert in project development that can use its capital to leverage private sector finance, can fill this need.