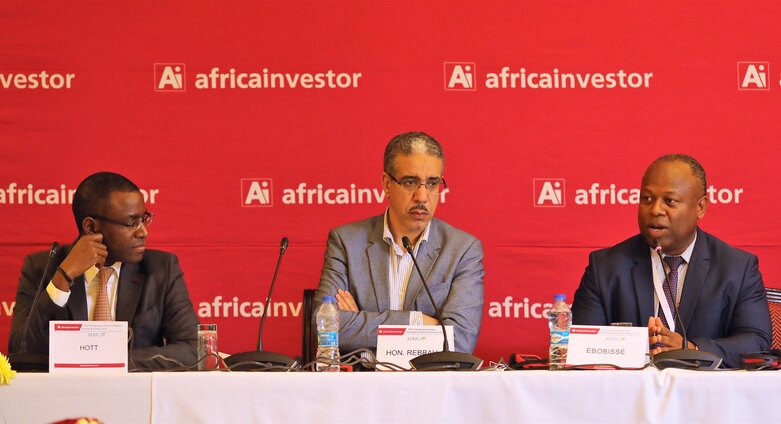 The summit was opened by Paramasivum Pillay Vyapoory, Acting President of Mauritius, and closed by Aziz Rebbah, the Minister of Energy, Mines and Development of Morocco, who both emphasized the need for good governance, transparency and committed political leadership to speed up the process of approving and implementing infrastructure projects.

This theme was reinforced throughout the day at panels featuring private sector CEOs, institutional investors, and Development Finance Institution (DFI) leaders. Under the central theme of Putting Financial Close First, they discussed the findings of the 2017 African Project Developers Forum Benchmarking Survey and shared strategies for catalyzing private capital for infrastructure, especially in the energy sector.

Introducing the second half of the program, Africa50 CEO Alain Ebobisse said that, “The game changer will be when enough public and private sector stakeholders realize that the opportunity cost of delayed project implementation is too high. We must reach a consensus that it is in everyone’s interest to bring projects to financial close and operations more quickly and at a larger scale”.

This was echoed by African Development Bank Vice President for Power, Energy, Climate and Green Growth, Amadou Hott, who emphasized the Bank’s growing focus on the private sector and rapid project implementation.

The consensus among the day’s speakers on speeding up infrastructure development was that there is no shortage of capital available for “bankable” projects, but that there are still too few. To build up the project pipeline, all stakeholders must to do their part.

Governments play a key role. They must assure leadership, transparency, stable institutions, and a positive business and regulatory environment. Meanwhile, developers must be technically and financial strong, and DFIs must provide risk mitigation and act as conveners.

If these conditions are met, the private sector can provide the finance and expertise to get projects off the ground and become financially sustainable, bringing an entrepreneurial, results-driven approach to infrastructure.

To be successful, infrastructure project developers need to secure the buy-in of governments by proving that they have the requisite experience and expertise and offering competitive project terms. They must also understand the local environment, keeping aware of internal dynamics, working with local partners, and setting realistic timetables.

DFIs can help by providing financing and risk mitigation, which can lower costs and speed up implementation. They can also act as conveners, problem solvers, and neutral party, working with governments, developers, and other partners to structure investments.

However, little of this can work without the proper public sector enabling environment. Governments must show the political will to fast track projects. They must act with transparency and create stable institutions and a positive business and regulatory framework.

As highlighted by the Acting Mauritian President and the Moroccan Minister, countries that have been successful, including their own, have master plans for infrastructure that they have implemented consistently over the long term, coupled with transparent, fair prices that reflect risks at every stage of a project. They have also shown strong commitment to private sector participation, providing sovereign guarantees when needed, and have proven adept at structuring and negotiating PPPs.

Overall, this year’s Summit helped cement the consensus that it is in everyone’s interest to bring infrastructure projects to financial close and operation as quickly as possible. Investors get a fair return, citizens get services, and governments can showcase their positive enabling environment to attract additional investors.