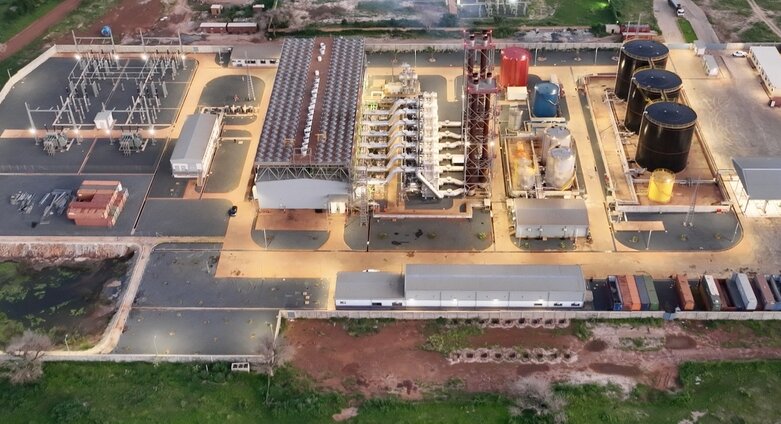 Casablanca, 23 January 20223- The 120 Megawatts power plant in Malicounda, Senegal, co-developed by Africa50 and its partners has reached financial close for a total project cost of €154m.

The combined cycle power plant is capable of producing more than 956 GWh of baseload energy a year, increasing the country’s power generation capacity by 8% while substantially reducing generation costs. The Malicounda power plant is also designed to convert to the use of natural gas as soon it comes on stream from domestic fields which are currently under development, shifting Senegal’s energy mix to cleaner fuel.

The Malicounda power plant, which started commercial operations in August 2022, was developed by MP Energy acting on behalf of the main sponsor Melec PowerGen (MPG) following a call for tenders issued by Senelec, a power generation platform focusing on sub-Saharan Africa; Africa50, the pan-Africa infrastructure investment platform; and Senelec, the national utility company of Senegal.

Africa50 acted as a convener, bringing together key stakeholders to accelerate project implementation, contributed equity to commence the project and mobilized along with MP Energy, and Senelec, FCFA 50 billion bridge financing which was arranged by Oragroup to complete the project on a fast-track basis. Significant development impact was delivered through the creation of local jobs, the training of local technicians to be integrated into the operational phase of the project, gender promotion in the recruitment process, and supporting local health infrastructure.

“As part of Africa50’s drive to support the continent’s just energy transition, we have invested significantly in the power sector and 17 million people in Africa now have access to reliable electricity through projects financed by Africa50”, said Alain Ebobissé, the CEO of Africa50. “We are pleased to have supported the vision of H.E President Macky Sall in developing and bringing the Malicounda power plant project to reality, to support the economic development of Senegal”, Mr. Ebobissé added.

“The Malicounda Project marks MPGs third long-term investment in Senegal’s power sector following the Kounoune and Tobene Projects. The project was one of the few which persevered in the midst of the pandemic. Its success would not have been possible without the support and dedication of our partners namely Africa50, Senelec, Matelec, Wartsila, and Oragroup. We look forward, with our partners, to continue empowering Africa” said Samer Nasr, the CEO of MPG and founder of MP Energy.

"This achievement is a fine example of synchronized efforts based on the vision of the President, H.E President Macky Sall, with decisive support of the Ministry of Petroleum and Energy as well as the judicial, financial and engineering expertise of Senelec's staff and our partners," said Papa Mademba Bitèye, Senelec's General Manager. "This is one more brick in the process of mastering the challenge of having reliable, good quality energy for the customer, in sufficient quantity and equitably distributed throughout the country and to all our industries and households," concluded Mr. Bitèye.