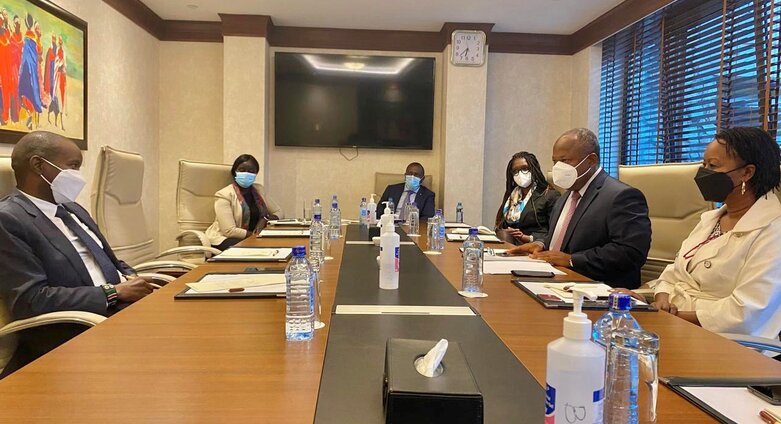 Meeting with Minister of ICT, Youth and Innovation Joe Mucheru 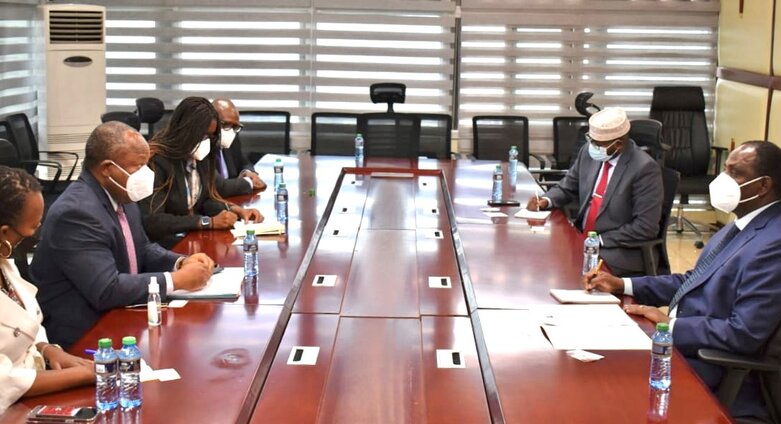 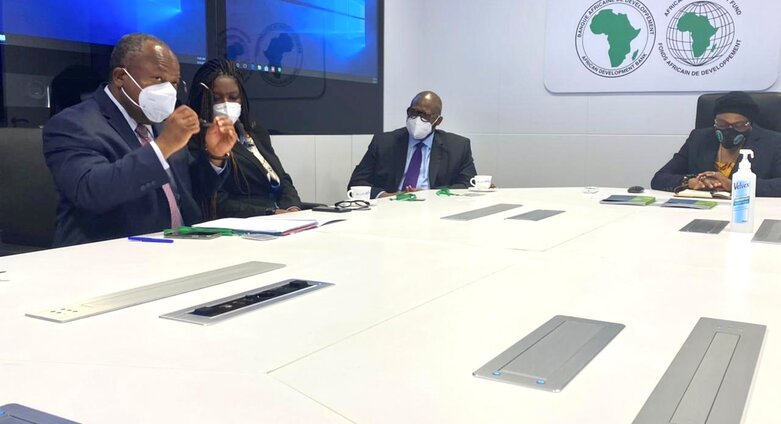 Speaking during a courtesy call paid on Ukur Yatani Kanacho, Cabinet Secretary of the National Treasury of the Republic of Kenya, Africa50 CEO Alain Ebobissé, reiterated the company’s commitment to supporting the country’s infrastructure development agenda.

He noted that Africa50 had been working alongside Power Grid Corporation of India Limited (POWERGRID) on the development of power transmission lines. “This project will be the first-ever power transmission project to be developed under a public-private partnership (PPP) model in Africa. It will serve as a template for future transmission projects on the continent”, he said, expressing his appreciation for Kenya’s ongoing support and trust in Africa50.

Responding, Mr. Kanacho affirmed Kenya’s commitment to Africa50 as a shareholder and pledged his Ministry’s support to the company’s work in the country. “We are committed to supporting Africa50 with your ongoing projects in Kenya and the potential ones identified”, he noted.

In November 2019, Africa50 and Power Grid Corporation of India Limited (POWERGRID) signed a Cooperation Agreement to partner in the development, finance, construction, and operation of power transmission lines in Kenya. The project aims to support the government’s vision to meet Kenya’s growing electricity demand.