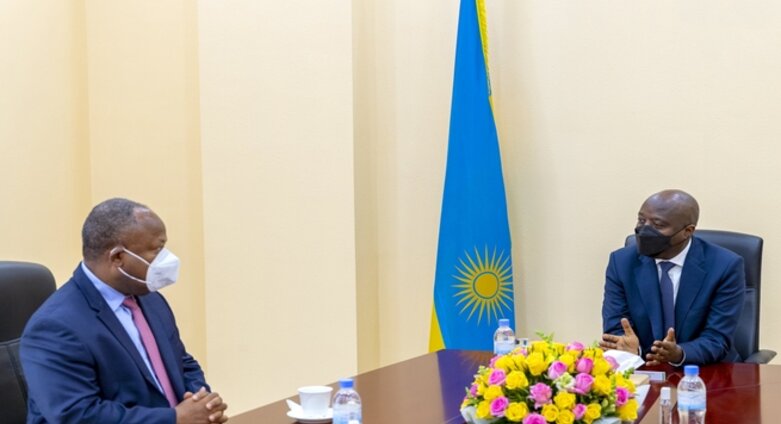 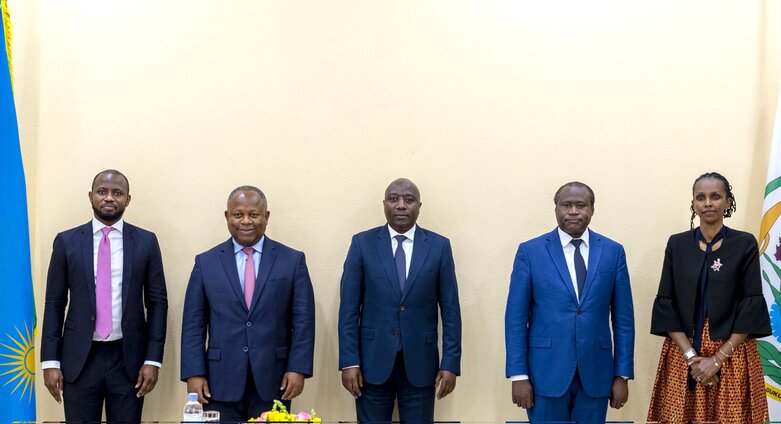 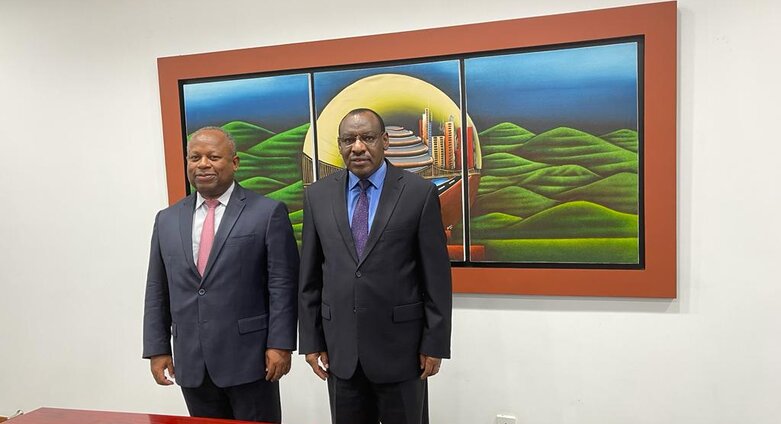 CEO Alain Ebobissé with the Minister of Infrastructure Claver Gatete

Prior to the unveiling of the Kigali Innovation City masterplan, Rwanda’s Prime Minister Dr. Edouard Ngirente granted an audience to Alain Ebobissé and the Africa50 delegation to discuss the project and ways to further support the country’s infrastructure development agenda.

Mr. Ebobissé also briefed the Prime Minister about Africa50’s work across the continent.

The Africa50 delegation then paid a courtesy call on the Minister of Infrastructure Claver Gatete and exchanged on Rwanda’s priority infrastructure projects.