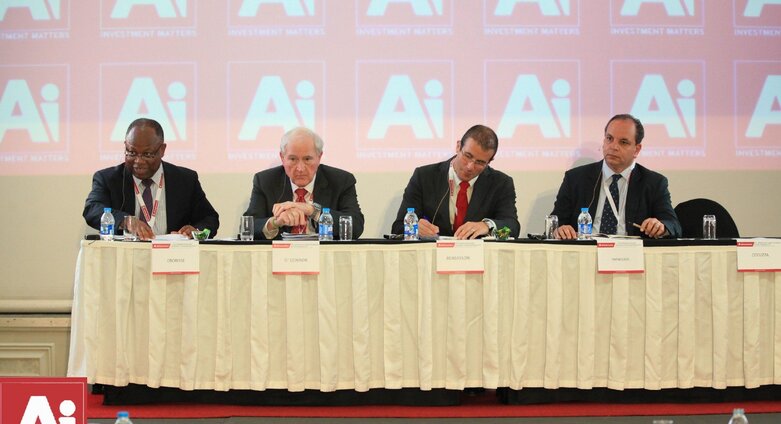 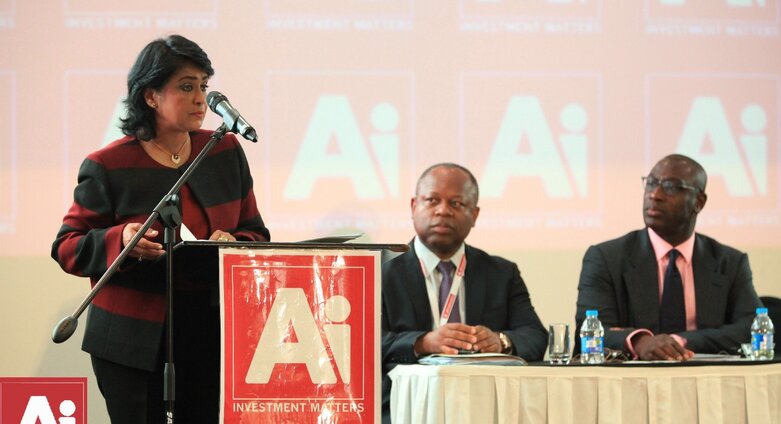 The President of Mauritius, HE Ameenah Gurib-Fakim 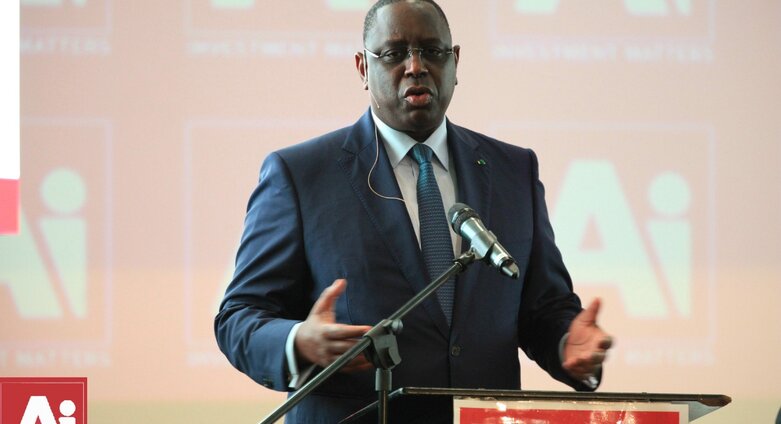 The President of Senegal, HE Macky Sall 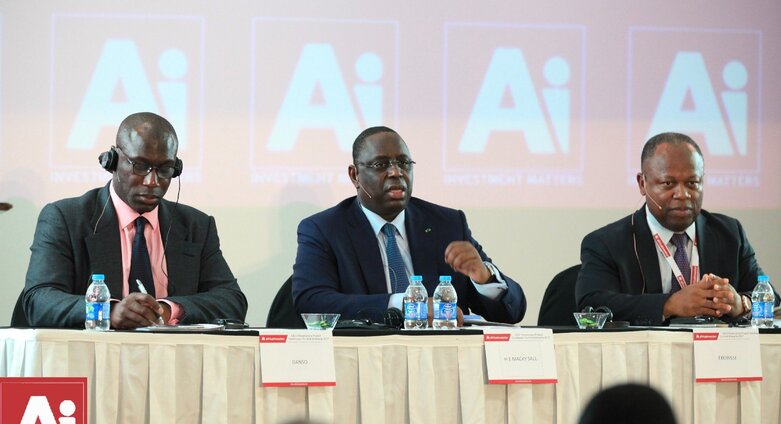 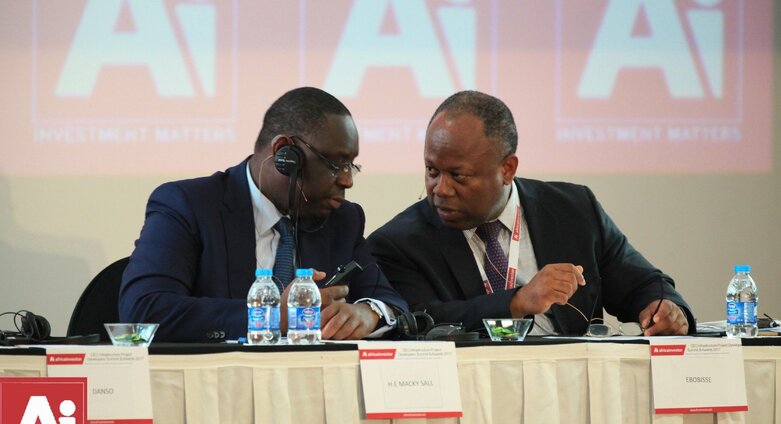 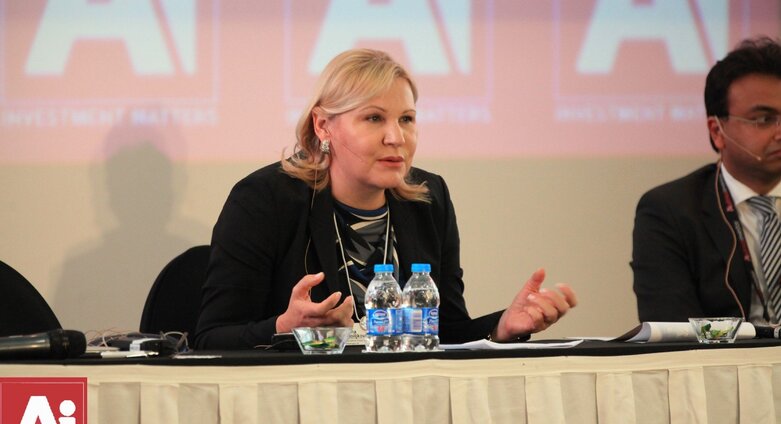 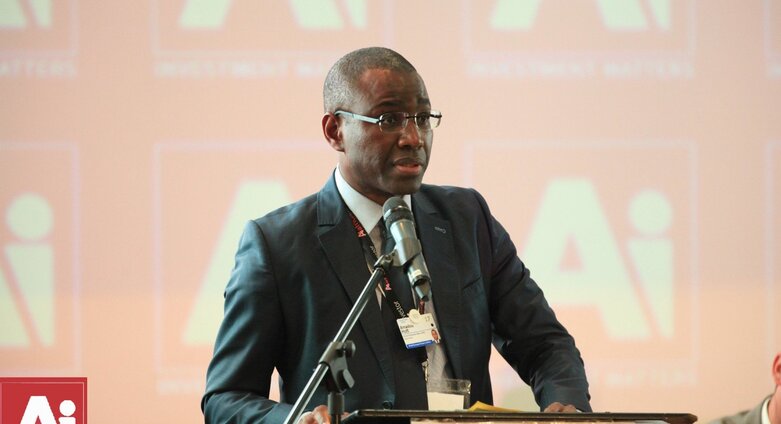 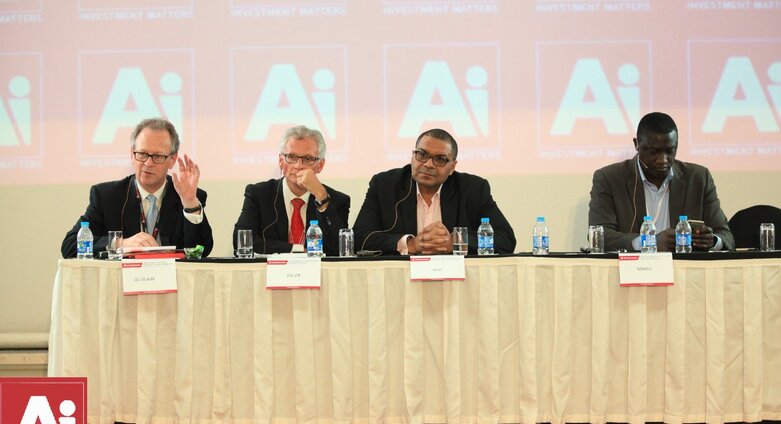 In his opening remarks, Africa Investor CEO Hubert Danso explained that to mobilize private investment into project development, governments must show political will to fast track projects and to lower perceived and actual risks. And Africa needs to develop a reputation for being able to close projects.

Africa50 CEO Ebobisse followed, explaining the crucial role of infrastructure for Africa’s economic development, and reiterating the importance of the enabling environment for private investment. He outlined how Africa50, with it sovereign shareholder base, can act as a bridge between the private and public sectors, and use its project development arm to increase the pipeline of bankable projects ready to receive investments.

The consensus among the day’s speakers was similar. There is no shortage of capital available for “bankable” projects, but there are still too few. To build up the project pipeline, both governments and developers must to do their part. Governments must, among other things, assure leadership, transparency, stable institutions, and a positive business and regulatory environment, and build capacity to structure and negotiate PPP agreements. Developers must be technically and financial strong, leverage qualified local partners, offer competitive project terms, and work with DFIs to deploy appropriate risk mitigation instruments to achieve bankable structures.

For the first time, the event was preceded by the Africa Pension and Sovereign Wealth Fund Leaders Summit, which brought together top US and African pension and sovereign wealth fund managers to explore how they can invest in private infrastructure in Africa.

In her opening keynote, President Gurib-Fakim stressed that Mauritius’ economic progress is based on attracting private sector investment by opening up its economy and enacting business friendly policies. This has entailed active cooperation between the private and public sectors – a theme echoed in much of the day’s discussion. Improvements in the business climate include investor protections, tax incentives, and facilitation of company registration. In addition, in Mauritius foreigners may buy property and own companies outright. The country’s political stability and good governance have also been important factors, as has its positioning as “a bridge between Asia and Africa.” As a result, foreign direct investment has grown by 40% since 2015, including in infrastructure. This has facilitated economic diversification into higher value added sectors, and stimulated technology transfer and job creation.

In his remarks, Senegalese President Macky Sall also stressed the importance of public-private cooperation, as well as capacity building, particularly for infrastructure. Praising Africa50 as a structure that can facilitate such cooperation, especially for project development, he called on investors not to be afraid to commit to Africa. Most countries are now democratic and are actively improving their investment climates. Africa needs long term investment, he emphasized, and the private sector should learn that “there are not more risks than elsewhere.”

Turning to Senegal’s infrastructure plans, which include 25 major projects, many in transport, President Sall called on the African private sector to join foreign investors. To catalyze investment his government is improving the framework for public private partnerships, and reforming the regulatory and judicial regimes, including commercial and property law. It is also promoting regional political and legislative convergence, since this will facilitate investment. However, he cautioned, “you have to be patient; you must first learn to “understand the environment.” “African countries and cultures are not all the same,” he said, “you will need bridges, and Africa50 can be one of these.”

Risks are manageable and opportunities abound

The first panel, on the risks and opportunities of infrastructure investment in Africa, reached a consensus on several issues. While panelists agreed that the number of projects has increased substantially, especially in renewable energy, it is still too low to meet the needs of Africa.

One problem is that there are too few qualified developers, and that some take the wrong approach. For example, developers may try to structure “bankable projects with un-bankable utilities in un-bankable countries.” Since much infrastructure is owned by the state, projects must be integrated into a government development or industrialization plan. Often this means that DFIs also need to improve the capacity of government institutions, especially at the working level.

DFIs, an important source of finance and support, must assure that the capacity of both the government and the developers is acceptable. Are the developers experienced, do they understand the environment, are their expectations on rate of return and timing realistic, and are they getting financiers involved early on? One panelist cautioned that it is more important to look at the CV of the developers themselves than their companies. These are also questions government agencies should ask, while concurrently building their own credibility through a conducive regulatory regime and PPP framework.

In some cases, smaller projects, or platforms that can do a series of projects, may be advisable. Grant funding or blending may also be necessary in difficult markets where similar previous projects have not paved the way. And developers need to hedge currency risks.

“Infrastructure is fundamentally a long-term proposition” stressed one panelist, and “if something can go wrong it will go wrong.”  The 15 to 25-year lifecycle of most projects puts them in the path of multiple risks. These change as the project develops, so different risk mitigation instruments may be called for over time. Similarly, tariffs or user charges should probably be adjusted and subsidies removed as countries develop and the middle class grows.

Many risks are political, like the civil war in South Sudan or the state of emergency in Ethiopia, or upcoming elections. A new government can change the rules of the game, unexpectedly tendering negotiated deals, or canceling projects approved by their predecessor. Moreover, corruption remains a serious problem that can untrack projects at any stage. Sovereign wealth and pension funds, when present in a market, can act as insurance against government changes, since officials will be loath to face the ire of their constituents.

Be realistic and do your homework for energy projects

The panel on increasing the pipeline of bankable energy projects, chaired by AfDB Vice President Amadou Hott, came up with similar conclusions, with an emphasis on developers doing in-depth due diligence on projects, and understanding the country environment.

One panelist cited “the developer’s capacity, perseverance and ability to manage expectations” as one ingredient for success. For example, setting a realistic timetable can reduce stress and conflicts. Getting the right expertise is another, especially from big name, firms that are respected by financiers. Developers also need local partners who understand the system, and these should be treated not just as brokers, but as developers. Building their capacity can be useful for subsequent projects. This theme of “having boots on the ground”, or localization, was repeated often during the day.

But most of all, developers need to do their homework. “There is no substitute for having certainty” on all legal aspects of a project, said one panelist, adding that negotiating agreements “is not about scoring points”. Everything must be transparent and all parties must get a fair, sustainable deal. In that regard, “lawyers should tell you what you need to hear, not what you want to hear.”

Other panelists pointed to the necessity of having in-depth country knowledge. Given the long life of infrastructure projects, developers should also look at IMF or macroeconomic reports on the countries where they invest, said one. And they must be familiar with all bilateral investment and taxation treaties. They must also be sure that a sovereign guarantee is reliable and that a parastatal partner can remain solvent during the life of the project.

Concerning risk, one panelist cautioned that developers should “not hide risks,” since investors gage their rate of return on risks. They must also assure that governments take their share of risks, in part to keep project development costs down. DFIs can help in this regard, since they have good leverage with governments. They can, for example, point out to officials, the financial, political, and social opportunity costs of not approving a project.

Transport has its own set of problems, while ICT needs to move to the next stage

A subsequent panel on transport and ITC projects, chaired by AfDB Vice President Pierre Guislain, noted some differences from energy projects. For example, some of the most urgent transport projects, especially roads, can be hard to finance through user charges, while others, such as ports and airports can mostly pay their way. Others, like railroads, face intractable technical issues, such as the gauge of tracks, hindering regional transportation integration.

Telecommunications has been Africa’s big success story, but countries must now move to digital applications, including data centers. One panelist cautioned that all of this should not be outsourced. Countries should build their own capacity to profit from the applications. This, however, may require a regional approach and the kinds of policy debates advanced economies have engaged in, including breaking up oligopolies.

One panelist cautioned that in transport projects, as in other sectors, developers must integrate environmental, social and governance standards from the start. This can also insure long term sustainability, which is particularly important for institutional investors. One solution is to team up with NGOs to promote inclusiveness.

Another panelist proposed a different path to infrastructure development. Working project to project does not produce the kind of transformational change Africa needs, and is costly and time consuming. Therefore, DFIs should strengthen African corporations that may have the balance sheets to make substantial infrastructure investments. They can also help these firms apply their expertise and finance in neighboring markets. An added advantage is that empowering local firms will lessen currency risks.

The final panel of the day, chaired by Africa50 CEO Ebobisse, featured two CEOs of companies with global infrastructure investments, paired with two DFI directors. They brought their own nuances to some of the themes evoked by previous panels.

“Every country has its own set of rules” stated one speaker. Project developers “have to paint a vision” to convince governments; for example by highlighting how their project will create jobs or promote energy independence. This will lead governments to “enable” the project and lessen political risk. “There is no need to import regulations,” said another.

At best governments should have a master plan, fair prices, and transparency. There must be clarity on who pays for a project in the long term, whether households or the state and, if it is the latter, on whether the off-taker is financially solid. If long-term viability seems likely, the upfront cash can be found. However, governments must also be realistic on pricing. Prices should ideally reflect risks at every stage of a project. A race to the bottom serves no one.

DFIs can help through their convening power and finance, whether leveraging their triple AAA credit ratings or offering blended finance. They can also fill the gap in early stage funding. However, developers must convince them that they have done solid due diligence, and that they have the necessary liquidity, balance sheet, expertise, and credibility.

In the ensuing discussion one audience member cautioned that advancing technology and falling prices in solar energy could put grid based projects at risk, much like cell phones leapfrogged traditional land lines. Pricing for power purchase agreements may need to reflect this.

Another audience member elaborated on the idea that prices should reflect risk at every stage of a project. There is no reason to have the same rate or return for 20 years, he said; it should fall as risk falls, with the savings passed on to the user. Perhaps a secondary market could be developed for buying projects with falling rates of return.