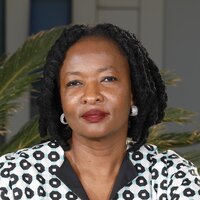 Monhla is a highly experienced executive and business leader with a track record of more than 35 years in infrastructure development and management. She is a leading Public-Sector manager and thought leader with a proven track record in successfully managing and leading State-Owned Enterprises.

Monhla has a depth of experiences in corporate governance, based on a demonstrated history of nonexecutive directorships in a variety of industries such Infrastructure development and finance, Utilities, Aviation, Transportation and logistics, Skills and leadership training, Insurance and investment management. She was recently appointed non-executive director of Africa50 and an alternate independent director of AFREXIM Bank.

Monhla served as a Chairperson of various companies such as the Johannesburg Water Utility, the Trans-Caledon Water Authority (TCTA), Industrial Development Corporation (IDC) and Denel SOC Limited. She is currently Chairperson of Royal Bafokeng Holdings (RBH).

Her experiences are a combination of strong operational experiences and extensive exposure to private and public sector governance and leadership, that places Monhla uniquely among the leading Executive Coaches from the African continent.

Monhla holds a BA Hons (Economics) from Pomona College in the US, an MA in Urban Planning from the University of California in Los Angeles, and an AMP from INSEAD in France. She completed and received several certificates for short courses during her long executive career.