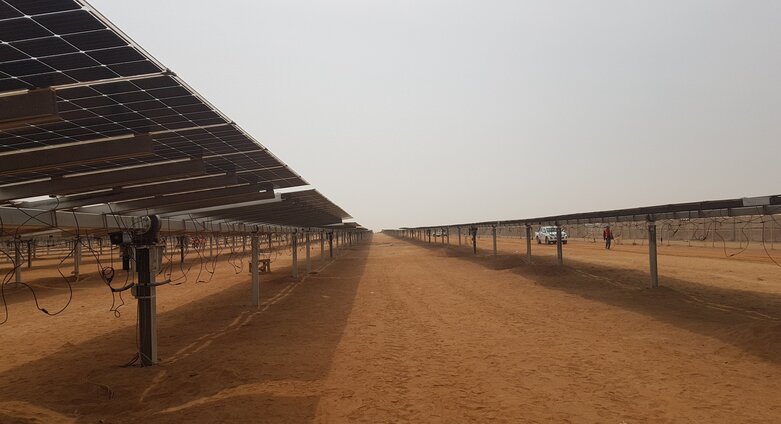 Casablanca, Morocco, September 12. Africa50, the infrastructure fund for Africa, has entered into a joint development agreement (JDA) with Scatec Solar and Norfund for 400 MWp utility scale photovoltaic (PV) power plants at the Benban site north of Aswan, Egypt. The plants are being developed under the second round of the Egyptian Feed-in Tariff Program (FiT), which will accommodate up to 1800 MW of PV power plants. The JDA covers project development activities through to financial close, which is expected at the end of October 2017. Africa50’s $8 million project development investment, which opens the door to further equity investment to fund construction, will help catalyse about $450 million in total investment.

The partners have entered into 25-year power purchase agreements (PPAs), backed by a sovereign guarantee, with the state-owned Egyptian Electricity Transmission Company (EETC).   The plants will benefit from Egypt’s strong and consistent irradiation and Benban’s links to the infrastructure of the Aswan Dam – helping it combine hydro, wind and solar power.

The investment supports Egypt’s ongoing reform of the power sector, which focuses on cost effectiveness, expanded and diversified generation, and increased private sector participation. At present, Egypt’s generation capacity of around 36 GW is still 92% thermal. The six plants will generate around 900,000 MWh of clean PV electricity annually, avoiding emissions of more than 350,000 tons of CO2 a year. In addition, the JDA partners are committed to training and using local workers for plant construction and operation as much as possible.

"This JDA, which follows a similar investment in Nigeria last December, is a good example of our ability to leverage trusted partners such as Scatec and Norfund to promote clean power in other African regions" said Africa50 CEO Alain Ebobisse. “These plants represent a significant first step in Africa50’s commitment to working with Egypt, an important shareholder, to improve its power generation capacity. This investment further supports the AfDB High-Five priority of ‘Light up and Power Africa’, as highlighted by AfDB President and Africa50 Chairman Akinwumi Adesina at our Shareholders Meeting in Dakar.“